[Extern][TvT] Money in the Mist

Money in the Mist is a dynamic 4-party-tvt mission for all maps.
A Courier is moving through the area, making deliveries. He is carrying a Briefcase, that all three other parties want to secure for themselves.

The Briefcase is being tracked. In certain intervals, a marker will appear on the map, indicating the approximate position of the Briefcase.

The marker will appear more often and be more accurate when:

Notes about interacting with the Briefcase:

There are four playable sides in Money in the Mist. The mission will work just fine if one side is empty, only the Courier has to exist. So you could for example play Blu/Opf/Civ or even Opf/Civ and make it an all out man hunt.

The Courier is doing his shady business delivering to other civilians or placing deliveries in dead drops. He has to complete his side missions before he can do his main delivery and win the game.

The Special Forces were sent by the local government to intercept the Courier and secure the Briefcase as part of an investigation against drug trafficking. Their order is to not unnecessarily harm the Courier, but hey, he might just accidentally catch a stray bullet.

The Russian Mafia in this country doesn't play around. Cheap drugs are ruining their business and they are going to put an end to it.

The Rebels plan on using the Briefcase's contents to finance their next arms deal. This rebellion is won with guns and ammo and the Rebels are running low on both.

Ranked mode is a mission parameter that is enabled by default. Wins/losses of individual players and of each side will be saved and displayed on mission end. The Courier is exempt from this statistic, as he will lose most games anyway. Instead, the Courier gets points for different accomplishments that are saved in a separate statistic. At the end of the mission, a separate Courier highscore leaderboard will be displayed.

The Courier gets points for:

The play zone is completely randomly generated every game. The mission admin can decline the playzone, if it is unfair for one side (e.g. if a side starts on an island) with the chat command #mitm_decline. There are random civilians walking and driving around the playzone. Civilian vehicles can be stopped and highjacked. There are also random empty vehicles parked in towns and sparsely outside of towns. These are locked, but can be broken into with the lock pick kit that every player starts with. The Courier is better at lock picking than his adversaries. 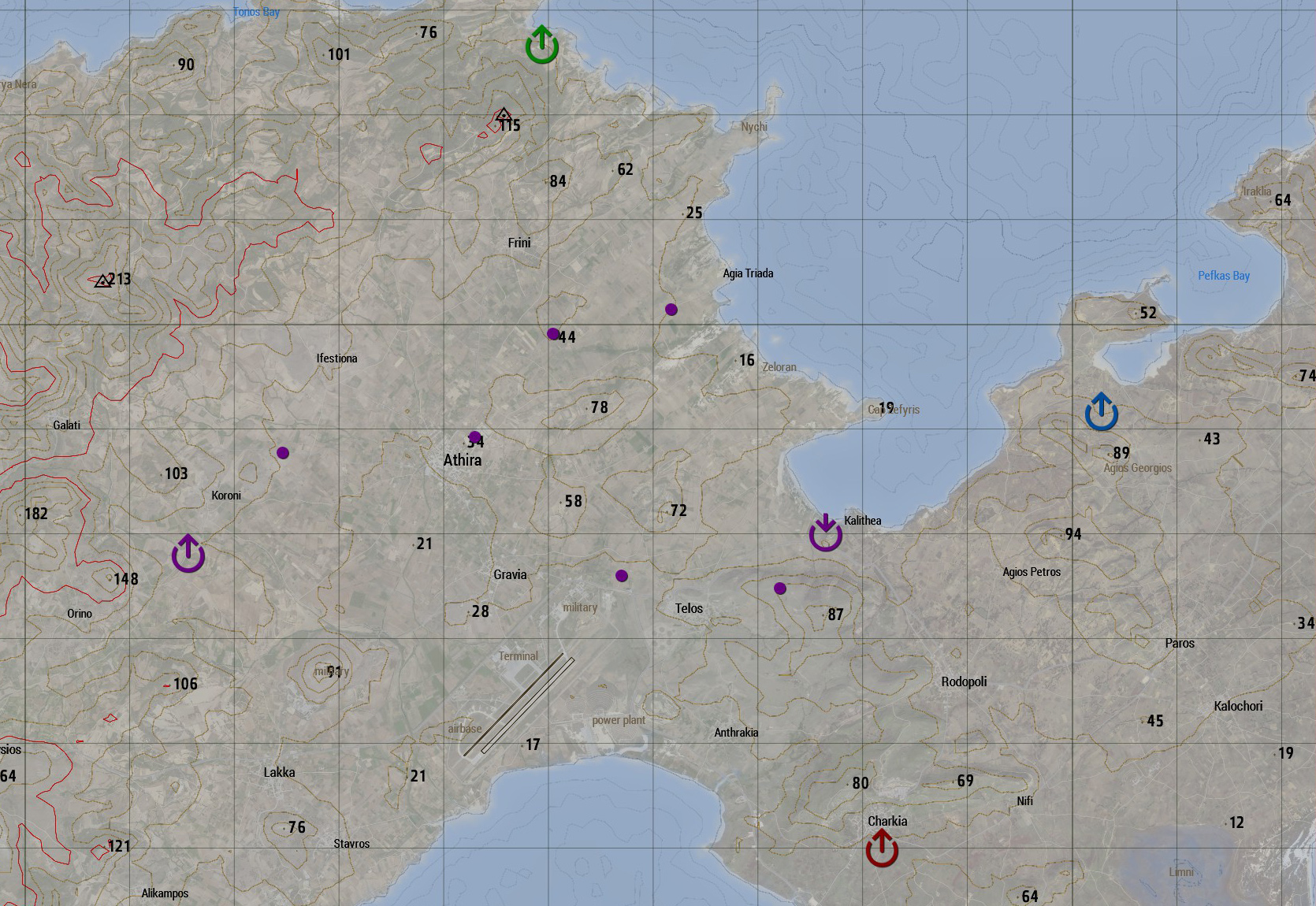